Riding With Eddie and the Drifters 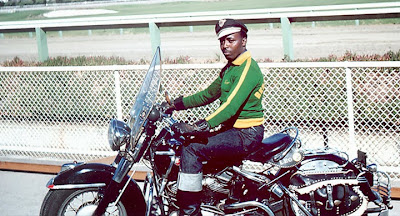 Long before LaVerne died and Eddie lost his anchor, he was a drifter. LaVerne used to say Eddie was the kind of man who was gone before he got there. Then she’d open her mouth and laugh halfway down her throat, showing the sweet gap in her front teeth.
Eddie had heard her talk about his wandering ways too many times to laugh, but he never tired of seeing the gentle roll of her belly under her dress when she chuckled at her own remarks. With friends, laying back on the couch waiting for the football game to start, he’d study the toes of his boots and smile at her over the rim of his contentment, a cream-licking cat stroking his whiskers.

On Saturday mornings before the end, she kept her eyes closed when Eddie got out of bed before the sun. She’d fit the familiar sounds of his movements as he prepared for a run—the rustle of jeans pulled up and zipped, the predictable clunk of a dropped boot--to her memories. She’d hear the squeak of leather and pull the pink comforter tighter under her chin sensing it was time. She knew he had his gang colors on, but she wasn’t afraid. He always made it back.
In the half light before dawn, her mind swayed with the rhythmic prelude of his leaving, reminding her of when they used to ride together, when she’d clung to his back, hands locked around his hard belly, fingers warmed by the furnace of his spirit. He set the pain pill set by the bedside. She registered the soft closing of the bedroom door, then hot cracks from the bike firing up. The horn’s one short beep signaling he was off. She rested in familiar images of Eddie in the saddle, stretching to his full height in the brightening morning light, then slipped into the darkness of her pain.
After 27 years of marriage, Eddie’s heart crashed and burned when she slipped away. He laid his bike down, throwing sparks and spinning out, broke his ankle, sat expressionless in the front row at the funeral home, cast resting on a chair, shook hands, said thank yous. He left his old gang and hung up his colors.
About a year ago Eddie sat doodling at the kitchen table where he and LaVerne used to drink coffee and eat cinnamon rolls on Sunday mornings before she got sick. Back then they’d go back to bed on Sundays for some extra sweet stuff. This morning sunlight cast its gold across Oakland and the streets were still, then the silence broke and he heard a far-off rumble, probably a flathead Harley, he thought.
Without realizing it, he designed new colors for the back of his riding vest – a flaming red and orange heart. He found some new boys – professionals and businessmen like himself – and they put on the colors too. Today they’re running to Capay Valley, following the course of Cache Creek spilling down the Mayacamas Mountains, the water searching for the Sacramento River, but halting the easy flow where the road connects to Interstate 80 and the gang rumbled back home to Oakland. 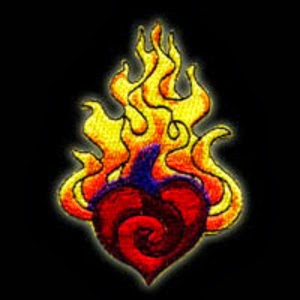 I met Eddie at the Jack-in-the-Box in Vallejo, where Highway 37 crosses Highway 29. I was running late for a Saturday writing workshop and he saw my impatience, let me order ahead of him, leaned forward, paid for my coffee. We talked and he told me about where he and the boys were headed, asked me if I wanted to ride sissy.
I shook my head, glanced at his bike, started to say no, but he interrupted, said if I waited, all I’d get is older. Seemed like he knew what he was talking about. I believed him when he said all I had to do was hang on tight.
Next Saturday Eddie and the Drifters will run someplace and I’ll weigh anchor, drift.

History of Black Motorcycle Clubs: Who Paid the Price for Black Bikers Who Ride Today?

It's true I met Eddie and members of his motorcycle club at Jack-in-the-Box in Vallejo on the way to a workshop on writing personal essays. Eddie and the Drifters MC were on a run, decked out in riding leathers and heavy boots, more splendid than rodeo cowboys. Eddie was kind and funny when we talked. He bought me coffee. I felt a wistful sadness in him and tried to guess the source, prompting this essay, fueled by a dip into the fascinating history of Black motorcycle clubs in Oakland, CA, in America.

Birds on the Go

Adrift in the Sound